In 1553 records show there was a ring of five bells and a sanctus bell; the latter was probably recast to provide the present sanctus bell.

The ring now comprises ten bells, eight of which were recast from the original five in 1765. The third and tenor had to be recast again in 1913 and the sixth in 1964.

The Treble and Second are also inscribed ‘Taylor, Loughborough’ and the remainder ‘Lester & Pack of London. Fecit 1765.’

Weights are in hundredweights, quarters and pounds.

In the Ringing Chamber are boards and cards recording fifteen peals, including one by the Ancient Society of College Youths in 1788.

The weights and inscriptions of the bells: 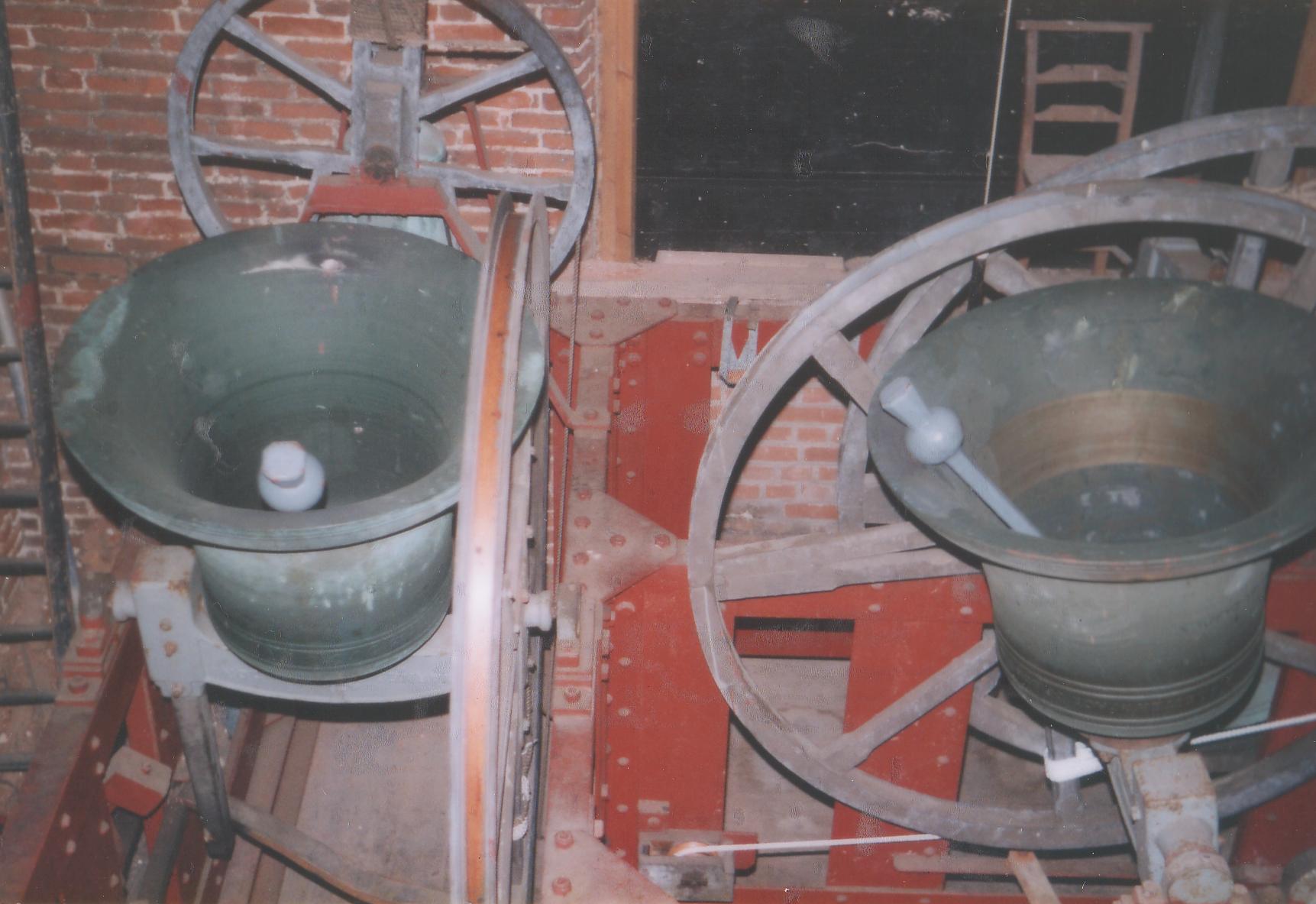 Our bellringers ring the bells from 9.15am to 10am and 5.15 to 6pm on Sundays to call parishioners to worship. They meet for practice every Wednesday from 7.30-9.15pm.

The St Mary’s group is part of the Watford District of the Hertfordshire County Association of Bellringers.

If you’re aged 12 or over then please get in touch to find out more about becoming a bellringer.

We also have an active group of Handbell ringers who always welcome new friends to join them.

Find out more about becoming a bellringer
This website uses cookies and third party services. No personal data is collected or stored. OK
Go to Top