If you study the tower you will come to the conclusion that a clock was not part of the original plan for St Mary’s Church! There are windows in each side of the tower.

However we know that a clock has been in place since the 17th century as a vestry minute from May 1700 refers to the ‘putting and setting of ye clock and chimes in good and sufficient repair’ together with a maintenance contract for fourteen years with Mr Mumford, clockmaker of St. Albans.

During the major bell recasting of 1765, when the original five bells were replaced with a ring of eight, £5 was spent on the clock, probably for re-installing the chimes. By 1810 William Everitt, senior, was looking after the clock, his salary was increased to ‘£5 per annum, including cleaning and keeping in repair’; evidently his primary duty was the winding and timekeeping. At that time, the winding would have been a daily operation.

In 1904, a new clock mechanism was installed by J B Joyce & Co Ltd. The clock retained the original black painted convex copper face, with its gilded Roman numerals and hands. This clock was installed above the north window, whereas its predecessor had been below the window.

This new clock is a flat-bed three-train Westminster quarter chiming mechanism. This mechanism consists of three sections. The centre section drum is the main part. This section is controlled by the escapement with its pendulum and turns the hands of the clock. The drive to the clock face is a vertical rod that goes to a gear box situated behind the face, just below the bell frame. The left-hand drum controls the hour chime whilst the right hand drum controls the quarter hour chimes.

When you look closely at the clock mechanism, you will notice a small clock face. This represents the actual time as seen on the outside clock face, but because it is behind the face, it shows the time in reverse!

Originally, the clock’s three mechanisms were operated by their own set of individual weight stacks. These were hung via wire ropes in a shaft going from the clock floor right down to the ground. The clock needed winding up every 7 days. If this period was missed, one of the weight stacks would contact the ground on the 8th day and stop the clock. The three weight stacks were wound up by hand via a handle attached to each winding drum in turn. This was quite a demanding task.

This winding had been undertaken by Bill Gristwood, a local barber, for a period before the second World War, and then for six years until his retirement in 1968. The bell ringers then took over until the clock was converted in 1983, when the hand winding was changed to auto-winding by electric motors. This work was carried out by Public Clocks.

The original instructions for regulating the clock to the correct time was to obtain this information from Greenwich which was relayed to all Post Offices and Railway Stations by Telegraph at 10 am every day or by wireless (the last of the six pips on the wireless).

To change to SummerTime, you can hold the escapement, and let the clock run free. To return to GMT, as the clock can’t go backwards, it has to be stopped for an hour, then re-started.

We are a very considerate church and do not chime the quarter hours between the hours of 10pm and 6am! 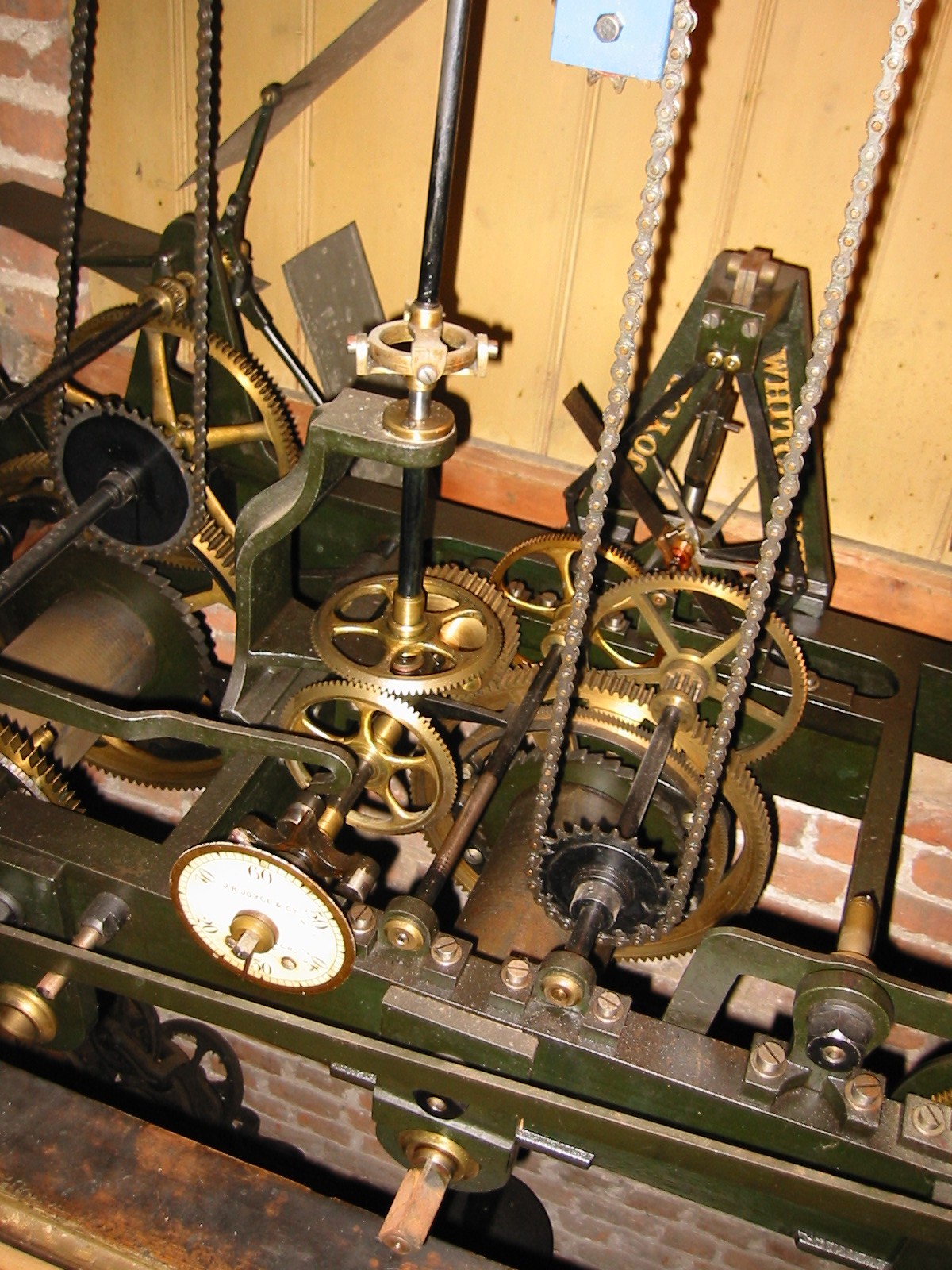